The online boxing scoreboard app counts the 12 rounds and measures the 3 minutes of each period. There's a a one minute break in between the rounds where boxers are treated in their corners.

Boxing is a combat sport that is contested between two fighters in an area surrounded by elastic ropes known as the ring.
The fighters wear padded gloves, shorts, gum shields and boots and the object of the game is to win a contest by either knock out or points hitting the opponent with fists, and only above the waist whilst avoiding being hit yourself. Doing anything else, like biting off ones ears results in a foul and could result in disqualification.

Open the settings How 2 use? Close intro

If one manages to knock their opponent to the ground, he must stand back up within 10 seconds and be able to show that he can defend himself otherwise the game ends with a knock out. If neither fighter can knock each other out, the judges will score each fighter based on how well they fought and who was the superior.

A Technical Knockout can also end the game: for safety reasons, if a referee, doctor or a member of each fighter’s corner crew feels that a boxer cannot properly defend himself, or that it’s too dangerous to let him continue fighting – they can end the fight throwing in the towel and the opponent will win the fight.
A knock down is when a boxer fall to the ground but he manages to get back up in 10 seconds. This can happen only 3 times to a fighter in any round.
Clinching is a defensive move where a boxer hugs his opponent to save some time. The referee immediately separates them and they must take one step back before commencing the fight.
If a boxer breaks any of the rules, the referee may give a warning, deduct points, or disqualify if they commit too many fouls. 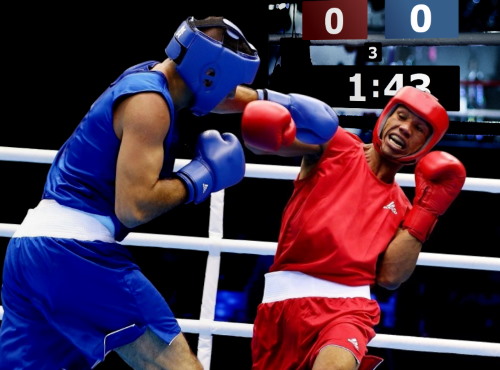